We must not repeat the mistakes of the Windrush era, say clergy 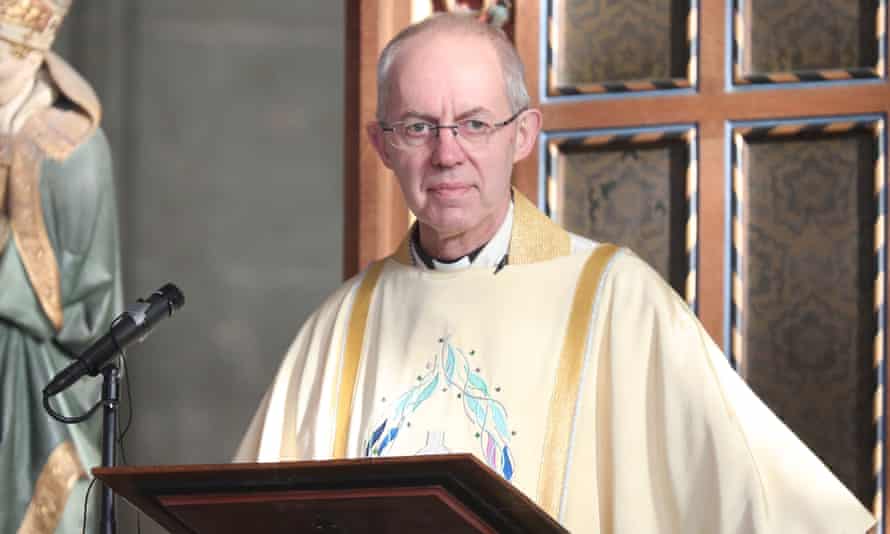 The archbishop of Canterbury Justin Welby spoke of his ‘shame’ at the Church of England’s past racism. Photograph: Steve Parsons/PA
The Church of England must not repeat its lack of welcome to the Windrush generation when thousands of Hong Kong Chinese people move to the UK in what could be the largest planned migration for decades, say clergy of Chinese heritage.

Many of those who arrived in the UK from the Caribbean in the 1950s and 60s were discouraged from attending or even turned away from Anglican churches. Last year, Justin Welby, archbishop of Canterbury, spoke of his shame at the C of E’s record of racism.

“We don’t want the church to repeat its mistakes by neglecting the needs and desires of people coming here from Hong Kong,” said Reverend Mark Nam, a Bristol-based curate of Chinese heritage. “I’ve read many harrowing testimonies [of the Windrush generation]. We want the C of E to be ready and welcoming to everyone this time. We need to learn from history.”

The Home Office earlier this year received 34,300 applications for a new visa for people in Hong Kong seeking residency in the UK in just two months. More than a million people with British national overseas (BNO) status could arrive in the UK in the next five years, according to official estimates.

The UK government has said people with BNO status and their immediate families can apply for entry visas valid for up to five years, and eventually apply for citizenship. The programme was launched in response to Beijing imposing a harsh new national security law in the former British colony.

About 600 UK churches of different denominations have signed up to be “Hong Kong Ready”, committing to welcoming Christians from Hong Kong into their church communities. One in 10 of new arrivals is estimated to be Christian.

Later this year the C of E’s committee for minority ethnic Anglican concerns (CMEAC) will host a conference on how parishes can welcome people arriving from Hong Kong.

On Monday a support group for C of E clergy of east Asian heritage is being launched with a eucharist service at Southwark Cathedral, presided over by Canon Andrew Zihni, who was born and grew up in Hong Kong. The Teahouse has been set up to create connections between the 0.2% of paid clergy who are of Chinese or east Asian descent and “to empower them at all levels of the church”, said Nam.

Born in Newport, south Wales, Nam spent much of his childhood in Hong Kong. When his family returned to Wales when Nam was a teenager, he experienced racist abuse at a school where he was the only pupil of Chinese heritage.

“When the Black Lives Matter movement kicked off last year, I was asking, ‘Where are the east Asian voices in the church?’ We were invisible. None of us knew of each other’s existence,” he said.

He was also concerned about the sharp increase in hate crime against east Asian communities last year after the Covid pandemic took hold, fuelled by former US president Donald Trump’s repeated references to the “Chinese plague”.

Rogers Govender, the dean of Manchester and chair of CMEAC, welcomed the launch of the Teahouse. “Finding ways to support networks and communities of Chinese heritage and east Asian clergy and laity has been identified as one of our key objectives,” he said.

We must not repeat the mistakes of the Windrush era, say clergy