‘Employers seem baffled by this visa’: Hongkongers who have fled to UK

Many recent arrivals have correct documents and want to work, but have met obstacle after obstacle

A woman takes photos of her friends waving goodbye before she boards a flight to Britain from Hong Kong airport. Photograph: Bertha Wang/AFP/Getty Images

Last year, Boris Johnson responded to the Chinese government’s effort to crush the pro-democracy movement in Hong Kong by extending the right to live and work in the UK to about 3 million people living in the territory.

Many Hongkongers who have recently arrived in the UK say they want to be self-sufficient and have no desire to burden the British state. Despite that and them having the correct paperwork, they have met with obstacle after obstacle.

Jenny arrived in London last year with her teenage daughter. They have found it difficult to gain access to education, affordable housing and employment, despite their paperwork being in order and Jenny having worked as a corporate secretary for 10 years in Hong Kong.

My daughter’s school said she couldn’t enrol because of her visa. I showed them the government website that allows her to study but it took them a month to agree. Nobody seems to understand the rules for people coming from Hong Kong.

I found a small studio flat in south-east London but I was asked to pay six months’ rent in advance. I paid it, I had no choice.

I work 20 hours a week for £8.90 an hour. I ask my boss every week to give me more hours but he says business is slow. I pay my rent with my savings. I have enough money to support ourselves this way for about a year, so we need a cheaper flat and I need to find more work. I don’t mind having two jobs.

Queenie moved to the UK in 2021, having worked in HR in Hong Kong.

Recruiters and HR departments just seemed to be really baffled by this visa. My equivalent role was being advertised in the UK, so I thought: ‘Great, I have a pretty good chance of getting an interview.’

And they just flat-out said no. They said: ‘Once you land in the UK and have a bank account, then we’ll interview you.’

It’s even more bizarre that, having been a student in the UK, I already have a national insurance number and I was able to give them it. But a lot of employers are still not clear on what the rights are.

My current employer had to seek immigration advice before making me the offer, which took some time. But I’m very grateful it happened.

Because I’ve studied here, I’ve been very, very lucky. Ex-colleagues, family and friends are having much more difficulty getting their qualifications recognised in the UK.

Samuel moved with his family, who initially suffered financial hardship because of the difficulty his father – the main breadwinner – had finding a job. Added to that was the enormous cost of the move itself.

The NHS surcharge is about £3,000 per person. Other costs include booking the visa centre, submitting the application and the TB test. They bring the total to roughly £20,000.

This figure does not include the cost of plane tickets, living expenses, or housing, which would make the total expense way more than £20,000 over the next five years. Those, along with the ineligibility for public funds, are the greatest obstacles for Hongkongers seeking a way out.

Obviously, someone coming from a foreign country without family or friends is going to have a hard time finding a job. My father only recently found a job from a local employer with an annual salary of £20,000. Prior to that, he was being paid much less. We have been mostly relying on savings. 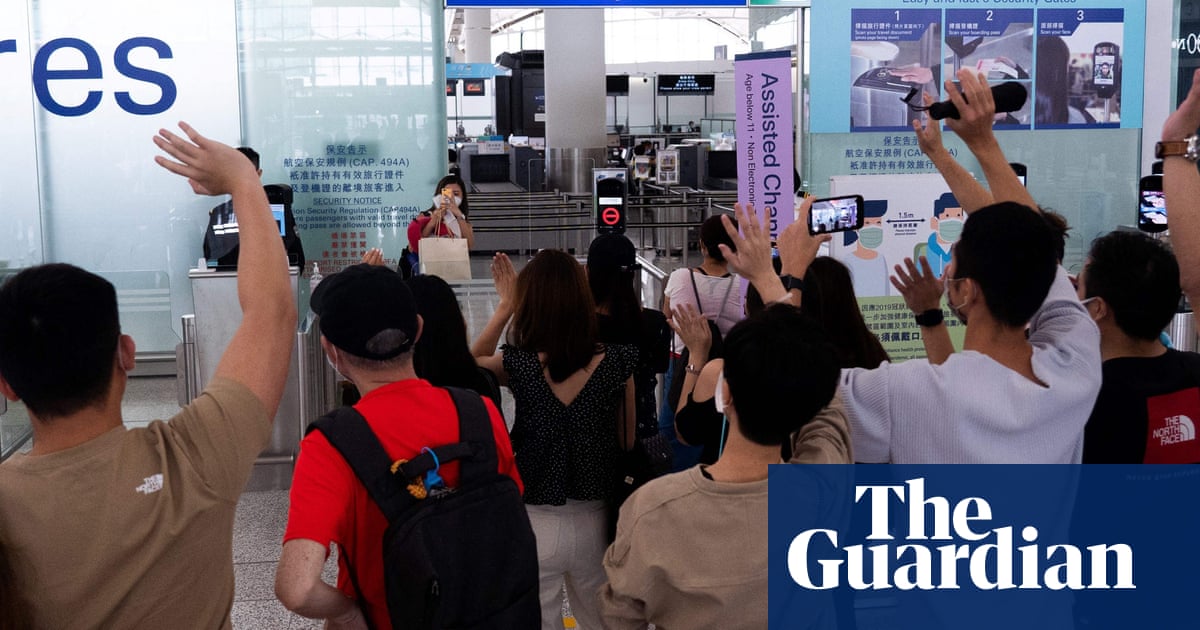 ‘Employers seem baffled by this visa’: Hongkongers who have fled to UK

Many recent arrivals have correct documents and want to work, but have met obstacle after obstacle