The Hong Kong people left out of the UK’s safe haven offer
South Indians who got UK citizenship in 1997, find spouse income rules an impossible hurdle in effort to find security. 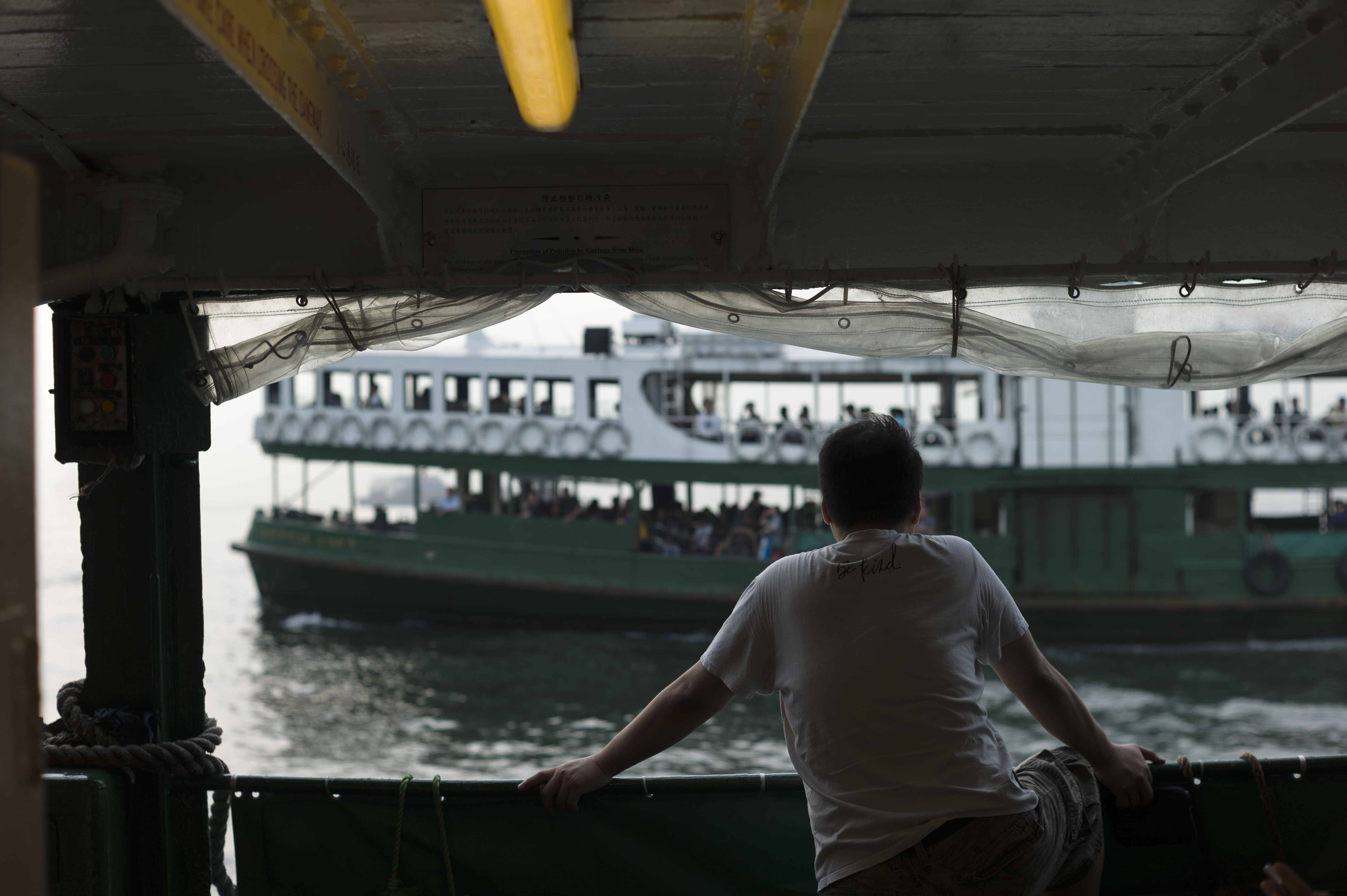 Towards the end of last year, worried about Hong Kong’s street protests and the changing face of the territory where he had been born and grown up, Ali moved to the United Kingdom to start a new life.

He aimed to get a job and bring his wife and baby daughter to join him.

But it was so much harder than he imagined to find a well-paying job, and the COVID-19 pandemic made it worse.

“I thought it was going to be a piece of cake, but when I saw the jobs and the pay they give you, I thought how does anyone even survive here on that kind of money,” the former crane operator said, estimating his earnings at about 800 British pounds ($1,039).

Unlike the estimated three million people in Hong Kong who have British National Overseas (BNO) status and are being given a fast-track pathway to residency and eventual citizenship as a result of China’s imposition of a national security law in June, Ali is a British citizen.

He is one of an estimated 35,000 people of South Asian descent whose ancestors settled in Hong Kong during more than 100 years of British rule – often from countries which were also at the time colonies of the UK – but were not considered eligible for Chinese citizenship when the territory was returned to Beijing in 1997. Many were given British citizenship because they would have been otherwise left stateless. 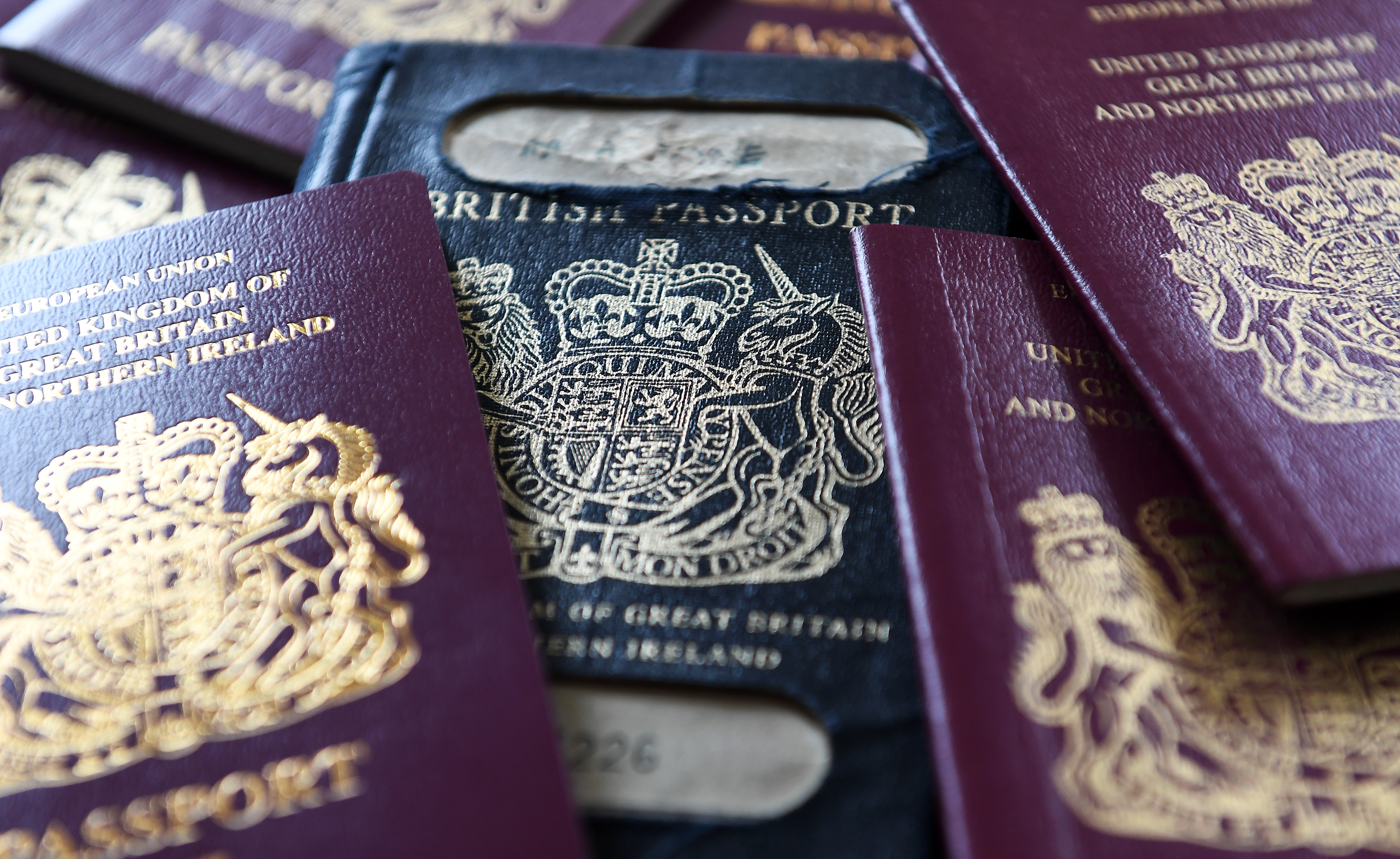 But while Ali thought being British would make it easier for him to settle in the UK, he had not considered the British government’s so-called “hostile environment” on immigration.

Even before the pandemic hit, about 42 percent of the British population would not have been earning enough to meet that threshold, according to campaigners.

“When they hear about these rules, people are flabbergasted to learn that a married couple would have to jump through all these hoops, even if they have children together,” Mary Atkinson, Families Together Campaign Officer at the Joint Council for the Welfare of Immigrants in London, told Al Jazeera. “It defies common sense.”

Atkinson says she has received several calls from other Hong Kong people in Ali’s position.

Ali’s wife and daughter both have passports from Pakistan, and as he is what is known as a ‘British national by descent’, Ali cannot pass on his citizenship to his children if they are born outside the UK.

When Jim Shannon, an MP from Northern Ireland, asked the Home Office in July on the steps it was taking to ensure ethnic minority Hong Kong residents who were UK citizens could immediately relocate to Britain with their non-UK families, the government reply failed to address the income requirement.

“If necessary,” it added in a written reply, “consideration can also be given to granting leave outside the Immigration Rules on an exceptional basis”.

Zoe Bantleman is a barrister at Richmond Chambers in London and specialises in UK nationality law and immigration.

“I think the government hasn’t thought about them at all,” she told Al Jazeera on the phone from London. “They feel they dealt with the issue in 1997 when they gave them citizenship.”

As a trading entrepot, Hong Kong has long attracted people from all over the globe.

“Hong Kong has always been very cosmopolitan,” said Paul O’Connor, an adjunct professor in the Department of Sociology and Social Policy at the territory’s Lingnan University.

“There were the Iranian sailors, Russian Jews, these eclectic groups of wanderers; people who didn’t fit in elsewhere – even people who were outcasts in China. There’s always been that ethnic mixing pot.”

But such contributions are not widely known and Puja Kapai, an Associate Professor of Law at Hong Kong University and an expert on ethnic minorities in the territory, says people of South Asian origin have often found life difficult in the predominantly Chinese city.

“All the statistics show that ethnic minorities are disproportionately disadvantaged,” Kapai said. “A lot of it comes down to racial stereotypes; that they don’t want to integrate, they live in enclaves, that the majority of the community are uneducated and poor. There’s a lot of fear-mongering.”

For years, people of South Indian origin went to English-language medium schools, which left them excluded from higher education and work in the public sector where Cantonese was a requirement. Now they are in mainstream schools, but still struggling with a language few speak at home.

While many have found a way to live with those barriers by setting up their own businesses or working in the private sector, the recent political upheaval has triggered alarm.

Azhar, a small businessman, also wants to move to the UK.

“We were born in Hong Kong. This is our home,” the 35-year-old told Al Jazeera. “But we don’t recognise our home any more. That’s the truth. It’s changed so much.”

Like Ali, he is a British citizen, and his wife and two children are Pakistani nationals.

The protests that began in June 2019 and became increasingly violent were worrying enough, but it is the change heralded by the national security legislation that was imposed by Beijing on June 30, that has caused most concern. There have already been arrests, and Hong Kong appears increasingly like a city on the mainland in its lack of tolerance for criticism.

“I think they (China) want complete control of Hong Kong just like every other city in China,” Azhar said. “We can’t live that way.”

Ethnic minorities also look at what is happening to people who are not ethnically Chinese on the mainland and wonder what might be in store for them, Kapai said, noting that religion has often been equated with “national security” by the government in Beijing.

“Whereas before we were invisible for a long time, now we are suddenly very visible because of our skin colour,” Kapai said.

“People are very nervous when they hear about the treatment of Uighurs and Muslims in China and the very controlled way in which religion is practised.”

The UK Home Office told Al Jazeera that the BNO offer was “recognition of the UK’s unique and historic ties with BN(O) citizens in Hong Kong” and as a “proportional response” to the imposition of the security law. Existing immigration rules allow the families of a British citizen to join them in the UK, the spokesperson insisted, but did not answer specific questions in relation to the spouse income requirement.

Last month, a group of MPs began pushing a motion for the government to suspend the income rules, given the effect of the pandemic on the economy and the risk that the rules would separate more families.

In Hong Kong, Azhar is waiting and hoping for the best.

“We’re not trying to migrate as such,” he said. “We are trying to find a safe haven. That’s why BNO status has changed and that’s the way the (UK government) should look at it. Why should it be any different for us?”

Campaigners say it is high time a rule that has divided British families across continents – often for months on end – is changed.

“The Home Office knows this is a huge issue for British nationals in the UK, and that it will also be an issue for those in Hong Kong,” JCWI’s Atkinson said. “They know what they need to do – repeal the income requirement.”

Ali recently moved for a job with a higher wage, and hopes he is in a better position to reach the threshold. He is happy for the BNOs who – with their families – now have a clear path to citizenship. He just wonders why the UK government forgot about its own nationals.

“I’m away from everybody, trying to work things out and suddenly they are offering BNOs everything,” he said. “You feel kind of left out.”